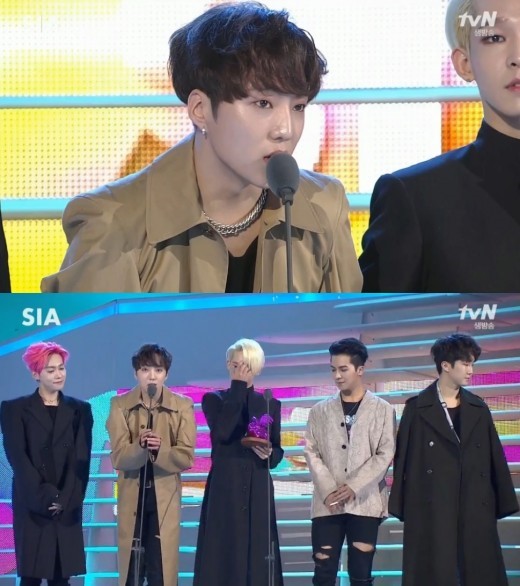 WINNER received the Awesome K Style Award. For their acceptance speech, they said, “We believe that we’ve been given this award to make us work harder and become a real K star. Thank you.”

SIA is the only award in Korea that is given to people who exert much influence on the lifestyle of the general public and set new paradigms and trends in broadcasting, culture, and the arts.

SIA, which kicked off at 8 PM on March 15, was broadcasted live on CJ E&M’s TV channels such as OnStyle, tvN, Mnet, OliveTV, XTM, and Super Action as well as on Tencent Video, Tencent Fashion, Naver, and tving.