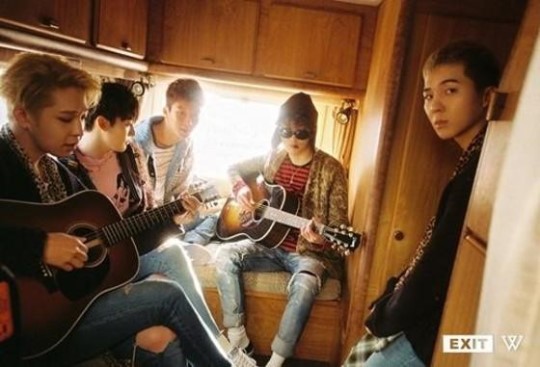 On February 16, WINNER performs two songs at the shooting for the show. The songs are “BABY BABY”, one of the double title tracks of mini-album “EXIT:E” and “empty”, the title track of WINNER’s debut album “2014 S/S” released last year.

WINNER is performing in the show again one year and five months after their first performance in it in September, 2014. For their first appearance in the show, WINNER captivated the audience and viewers by presenting the performance of “empty” and reinterpreted version of 2NE1’s “MISSING YOU”.

“BABY BABY” to be performed by WINNER in “Yoo Hee-Yeol’s Sketchbook” this time is a song produced by NAM TAEHYUN. It has outstanding lyrics that sing about a feeling of loneliness. “empty” is a hip-hop rap music that expresses an empty feeling after breakup in a sophisticated feel. “empty” enjoyed big popularity from the very day of its release, sweeping top places on real-time, daily, and weekly charts. Both songs will be live-performed with WINNER’s unique mood.

“Yoo Hee-Yeol’s Sketchbook” show in which WINNER performs will be aired on February 19 at 12:10 in the night.