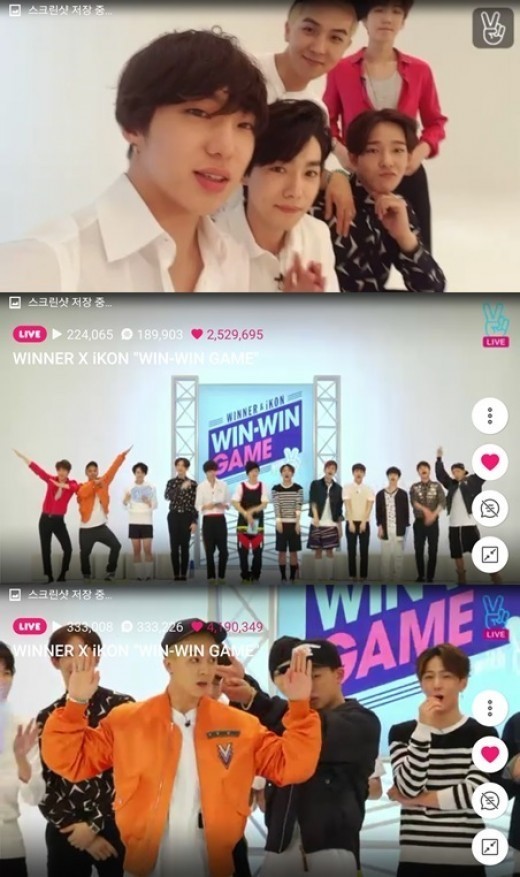 WINNER’s KANG SEUNG YOON showed affection for iKON, a group they appeared on a show for the first time together in 2 years.

KANG SEUNG YOON said through YG Entertainment, “It’s my first time being on a show with iKON since ‘WIN.’ We were already touched even before we started filming. We were no longer Teams A and B. We are now a group of our own. I was so happy to be here with them, who are like my brothers.”

KANG added, “If we won the game, I wanted to go to Nasi Goreng’s home Jakarta and also Rome. I’m glad iKON gets to go, and I hope they have fun. We will be in the recording studio working hard on our songs.”

On August 1 iKON and WINNER ran the show Naver V App together. The two teams competed against each other for the WIN-WIN Game. The winning team gets to go on a sweet holiday.

The two fought hard for the holiday. They tried everything like rapping, dancing and being cute for the missions while communicating with the fans.

iKON became the champion. WINNER was jealous, but they were truly happy for iKON. The two groups competed against each other on Mnet’s survival program “WIN” 2 years ago, where they showed a strong bond. iKON, right after the show finished, ran their own shows to provide entertainment for the fans.

V App kicked off its service by streaming WINNER vs iKON game on August 1. Wonder Girls, BIGBANG, CNBlue, KARA and other top K-Pop stars will be appearing on the program. The service was launched on android phones on July 31, and until mid August the iOS version service will be launched as well, aiming for a full launch at the end of August.