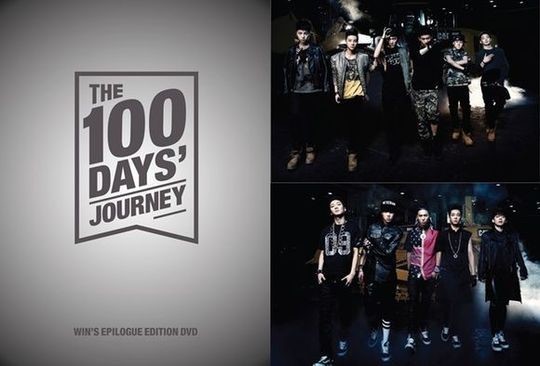 A reality program ‘WIN : WHO IS NEXT’, which shows the competition to be part of YG rookie boy group WINNER, will be released as DVD.

This DVD that will be officially released on 11th of next month abundantly contains the unrevealed videos for more than 120 minutes of Team A (Kang Seungyoon, Lee Seunghoon, Kim Jin Woo, Nam Tae Hyun and Song Min Ho), who earned the title of ‘WINNER’ as they won the competition through ‘WIN’, and Team B (B.I, Bobby, Kim Jin Hwan, Song Yoon Hyeong, Goo Joon Hwae and Kim Dong Hyuk), who are putting a lot of effort into preparing once again for a debut.

‘WIN’ went on air with a total of 10 sets of episodes through Mnet and tvN starting from last August and even though it was a reality program centered on trainees who did not even make a debut, it recorded a viewing rate of over 1% and got huge amount of attention. Especially, two teams trying their best to mature as times passes and to make a debut presented deep touching feeling to the viewers.

This DVD is expecting to give another fun to the fans who enjoyed watching ‘WIN’ as it contains the various sides of Team A and Team B, who are sometimes naughty but sometimes serious, other than the ones that they showed on TV.

Along with DVD, a 300 page photo book made up of unrevealed pictures, the lyric composition/song production note of each members, the secret note that contains the drawings and doodles and so on, special autograph card and big poster calendar and so on will be provided.