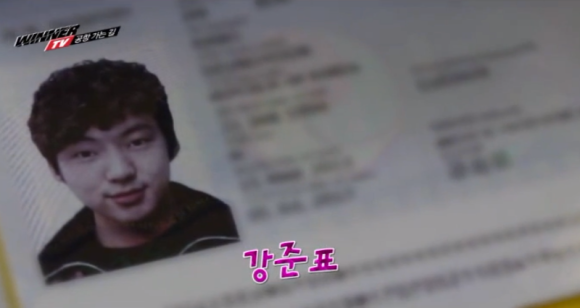 The idol’s passport picture was revealed on the group’s own reality show MNet’s “WinnerTV” on December 13. The group members were passing time on their way to the airport, and they decided to take turns showing their passport photos. Kang Seung Yoon was the last one to give a peek of his passport after fellow members Lee Seung Hun, Nam Tae Hyun, Kim Jin Woo, and Song Min Ho had shown theirs.

Before letting the camera film the passport page, the members got a preview of the photo. Immediately after seeing the leader’s picture, all of them burst into laughter. Member Nam Tae Hyun said while laughing, “So this is how Kang Seung Yoon can change. He is Kang Jun Pyo,” referring to the handsome F4 leader Goo Jun Pyo (Lee Min Ho) from the drama “Boys Over Flowers.” In the passport picture, the idol is sporting a hairstyle that is very similar to the permed hair that Goo Jun Pyo is known for, surprising everyone with his look from the past.

WINNER is currently filming “WinnerTV” that allows fans to follow the group’s preparations for their debut. Watch the fun pilot episode below! 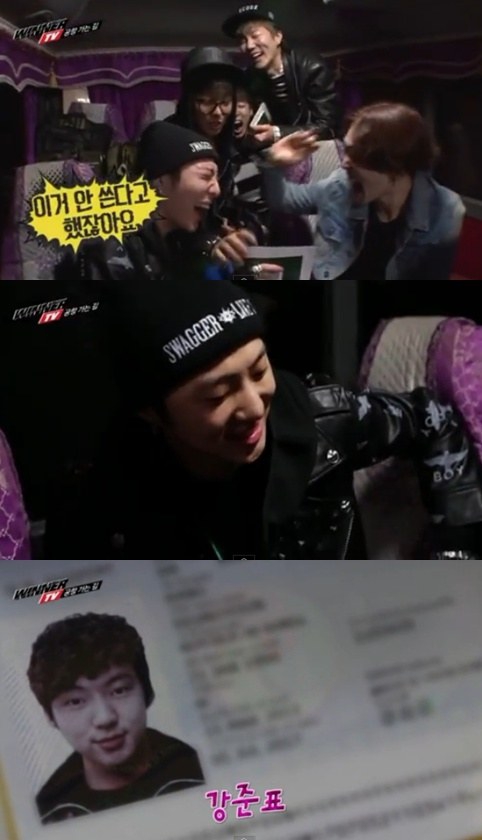