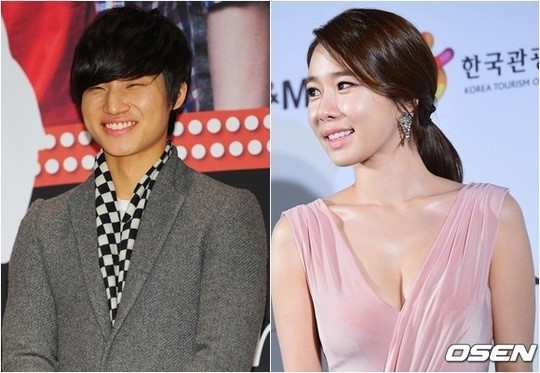 BIGBANG’s DAESUNG will be coupled with YOO IN NA to MC ‘WHO IS NEXT: WIN’, a real survival program designed by YG Entertainment to determine the formation of the next boy group. The two will be MCing for the final live show.

This is the first time for DAESUNG to take part in the job in 4 years and 7 months since he took the pair MC position with BIGBANG’s SEUNGRI on MBC’s ‘Show! Music Center’ from May 2008 to March 2009.

On ‘WIN’ aired on Sept 27, DAESUNG made a brief appearance on the program with BIGBANG’s T.O.P as one of the judges. YOO IN NA has also been briefly involved with the program ‘WIN’, as she participated as the MC of the Production Sneak Preview in August, which was held in the Grand Ballroom at Seoul Yeongdeungpo Yeouido’s Conrad Seoul Hotel.

A person familiar with the matter stated, “We decided that DAESUNG, who has accumulated much experience in music program live shows and as an MC, would be a perfect partner for YOU IN NA to MC the final round of battle aired live. There are many sources of entertainment for the viewers now: apart from final battle, DAESUNG and YOO IN NA’s MCing skills will be another exciting feature of the show.”

The final battle will be aired live on Mnet, KM, OnStyle and Olive, while also streamed live on Daum website.

The third battle will encompass Team A (Song Min Ho, Kim Jin Woo, Lee Seung Hoon and Nam Tae Hyun) and Team B (B.I., Kim Jin Hwan, Bobby, Song Yoon Hyung, Koo Jun Hoe and Kim Dong Hyuk) preparing for their final missions, which include self-composed song, dance and remaking Producer Teddy’s songs. A total of 3 performances will be showcased on ‘WIN’ in the final round.

In the final voting, text messaging with account for 60%, Daum website 20%, and Kakao Talk and Kakao Game ‘Fantasy Runners for kakao’ 20%.  1st and 2nd battles will each account for 20% of the final score, while the last one 60%, to determine the final team who would seize the group name WINNER.

‘WIN’ has also been drawing huge attention from abroad. China’s largest video-sharing website Youku streams the show exclusively, raking in more than 1 million viewers for each episode from 1 to 9, recording 10 million hits. It has also been aired in 10 different Asian countries from Sept 17, including on STAR TV-related Channel V and East Asia’s CJ E&M Channel M. Niconico video, Japan’s largest video-sharing website has made a special streaming for ‘WIN’ exclusively, while Arirang TV has been airing it in 188 countries to reach more enthusiastic international fans.