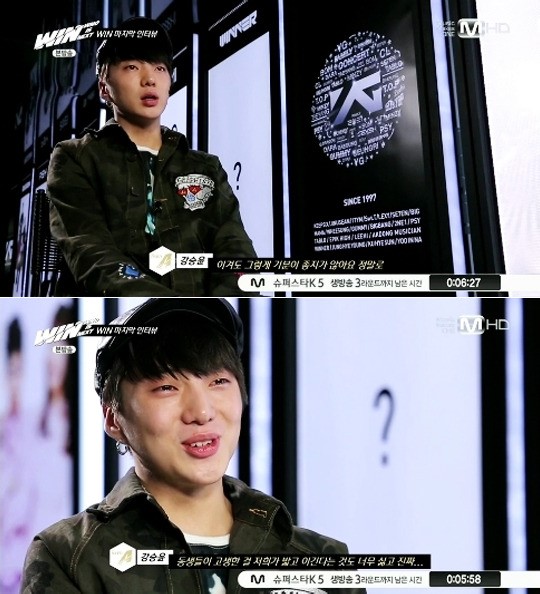 With the last round of battle just around the corner, Kang Seung Yoon from ‘WIN’ broke into tears.

On ‘WHO IS NEXT: WIN’, aired on Mnet on Oct 18, Team A’s leader Kang Seung Yoon had an interview before the final round of battle. He expressed his complex feelings by saying, “I wouldn’t feel so happy even if we win.”

He added, “There are members in Team B who did not even attend school so that they can solely devote themselves in this. If there is a way for all of us, I would at least be able to imagine all of us becoming WINNER.”

He broke into tears when he said, “I would hate it if my team didn’t become WINNER, but I would also hate to beat the hard-working members of Team B to take that position.”