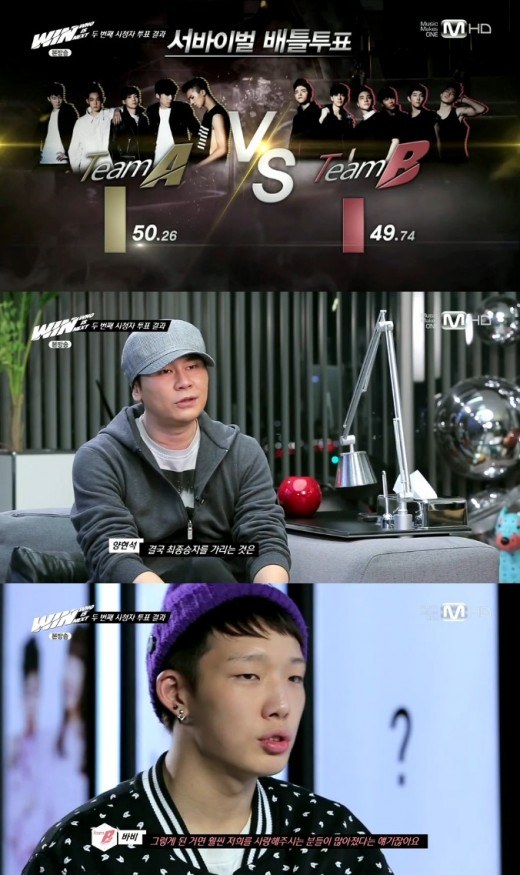 In an episode aired on Oct 18, ‘WHO IS NEXT: WIN’ featured members of Teams A and B who are preparing for the final live battle. And it turned out that Team A was once again the winner of battle 2.

Yang Hyun Suk, the founder of YG Entertainment, commented, “Team A won by very little. The number of voters increased by twofold compared to the previous battle.”

He added, “The results from the 2nd voting does not determine everything. It is the final battle that will be the determinant. I hope the members do well in the 3rd round of the competition.”

Team A’s Song Min Ho said, “We should work harder.” Team B’s  B.I. once again showed his determination by commenting, “Increased voters mean there are more people who support us.”

‘WIN’ is a real survival program that divides 11 of YG Entertainment’s trainees into Teams A and B for fierce battles. The show will determine the formation of the next boy group of YG.

‘WIN’ is aired at 10p.m on Mnet and at 11:20p.m on tvN every Friday. Viewers can enjoy replay and behind-the-scene services on Daum Mobile App, while also watching the live streaming of the show.