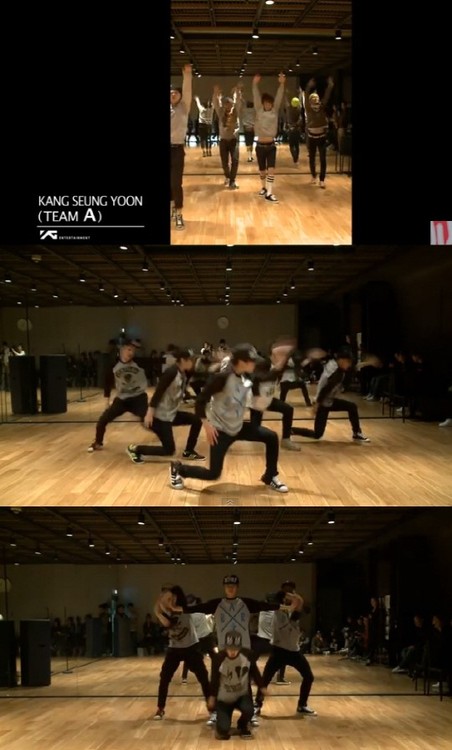 YG Entertainment stirred up the music world by revealing a choreography video of its new boy group.

On August 2, through the official blog, the entertainment agency revealed a dance practice video of trainees in Group A, which includes KANG SEUNG YOON and K-Pop Star’s LEE SEUNG HOON.

The CEO of YG, YANG HYUN SUK, once mentioned, “the two boy groups who have been training for years at YG will be put in a battle on a real survival program called ‘WIN’.”

The winning team of the survival program will officially be named ‘WINNER’, and will immediately make a debut.

Group B, yet to be revealed, consists of 6 boys whose average age is 17 years old. Many Internet users are building interest on this young boy group.

Internet users who watched YG’s boy group video commented, “YG’s boy group, I’m excited for it!” “YG boy group seems awesome,” “I wonder how much they practiced at YG,” “I can see how hard they’ve worked” and “When will the new boy group make their debut?”

Meanwhile, KANG SEUNG YOON will be appearing on SBS’s Inkigayo on August 4 to reveal his first performance of the new title song ‘WILD AND YOUNG’. He will continue on then to appear on music programs of national television, cable channels and radio programs.